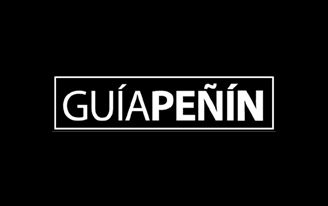 Celler Batlle 2011 and Enoteca 2006, two icons of craftsmanship in the world of sparkling wine, head the sparkling wine podium on the last edition with 98 points. Accompanies them III Lustros 2004 with 97 points.

Enoteca Gramona 2004 is ranked as Best Sparkling Wine of the Guide and the only one on the Podium with 99 points. Celler Batlle 2010, III Lustros 2012 and the Magnum from 1999 accompany it on the Podium.

“They’ve done it again: Gramona Celler Batlle 2005 is, plain and simple, the successful result of a pioneering, groundbreaking vision of sparkling wine production”. This benchmark wine was ranked among Spain’s six best wines with 99 points. It was followed closely by Enoteca.

Gramona consolidates its leadership in the sparkling category with six references on the podium.

Enoteca Gramona reaffirms once again the positioning of the top sparkling wines of the country reaching the ‘Olympus of the Peñín Guide’. In its latest edition, that of 2018, two of its vintages, 1997 and 2002, chosen as Best Sparkling Wine with 98 points, being the highest punctuation given in this edition. Both vintages are described by the guide as sparkling ‘blessed by a wide range of registers […], all surrounded by a very long and fine bubble and with a structured finish’.

Enoteca 2001 was awarded as the Best Sparkling Wine of the Country and Best Wine in Spain, which was considered by the guide itself as ‘[…] a historic event of great significance, for opening a new path in the development of the appellation that supports the most sophisticated elaborations […]’, since for the first time in the history of Spanish wine, a sparkling wine is chosen as the best Guide of wines. Enoteca Gramona gets 99 points, only granted five times in the 27 years of history of the most widespread and translated Guide of wines of Spain.

Enoteca Gramona 2004 gets the Podium with 99 points among the more than 1,100 sparkling wines from Spain, France, Italy and Mexico that are tasted in the contest. 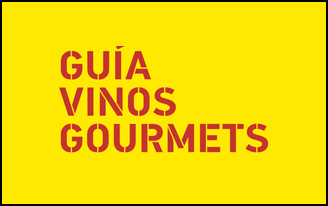 In a rigorous blind tasting, this heterogeneous group of experts considers Gramona, for 18 years, the Best sparkling wines.

Enoteca Gramona 2006 the Best Sparkling Wine of the Guide with 98 points.

98 points to Celler Batlle 2009, naming it Best Sparkling Wine of the guide. All the wines presented by Gramona are included in the select group of “Best Wines of Spain”.

Enoteca 2002 enters the League of 99 by obtaining the highest score in the guide (a position that had already been reached in the 2001 vintage) and is positioned among the best-rated wines in the guide throughout its history.

III Lustros is the sparkling wine awarded by readers. 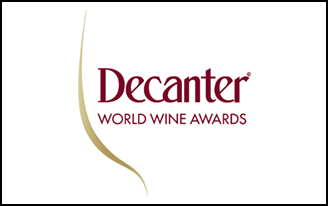 Decanter magazine already has its favorite Spanish wines for the Great Tasting in New York on 6/18 within the edition of Decanter Fine Wine Encounter.

For Julie Sheppard, the editor in charge of Spanish wines, her favorites are Gran Reserva 904 2011, the great classic from Rioja Alta, and the sparkling Gramona Celler Batlle 2011. She points out that Gramona is her favorite cava producer and that its long-lived wines set a benchmark in the category. “If you have never tried it before, come to this wine”

The British publication Decanter, one of the most respected publications of its kind in the world, has awared Imperial 2015 the Gold Medal at the Decanter World Wine Awards, being the best valued sparkling in the country.

Platinum Medal for III Lustros 2012 at the Decanter World Wine Awards, being the best valued sparkling in the country.

Decanter Most Exciting Wines: Gramona III Lustros occupies one of the few spots on this prestigious list, where experts from all over the world nominate the wines that most impressed them over the year. Decanter Magazine (“Gramona Celler Batlle 2000 is exceptionally long and memorable,” which is why it topped the “list of 24 essential Spanish wines to store in your cellar.” Article by Sarah Jane Evans, MW and Pedro Ballesteros, MW.

Gramona is on the podium of the sparkling wines of Penedés in the guide on Cavas de Paraje written in 2017 by several Masters of Wine.

‘Gramona is more sumptuous and refined that I ever dreamed a spanish sparkling could be…’ Andrew Jefford. 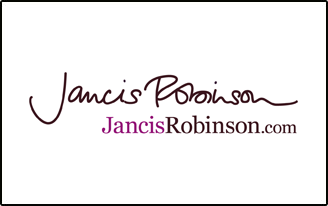 In his latest article on sparkling wines, Robinson once again highlights the quality of Gramona’s long-aging sparkling wines. In fact, III Lustros 2004 has obtained the best score in the country, and is among the best valued sparkling wines worldwide. He describes this wine as “excellent”, and challenges that “open- minded Champagne makers should try this.”

Celler Batlle is the top Spanish sparkling wine (tied) “Complex, refined and delicate. Aristocratic on the palate, it is flavourful and balanced, with good acidity and a captivating finish on the palate.”

Celler Batlle, the highest-rated sparkling wine. “Gramona makes exceptionally aged cavas that I personally like. They are truly seductive.”

In her last analysis of the sector situates, after the blind tasting, Gramona III Lustros the sparkling wine from Penedès with the best punctuation. 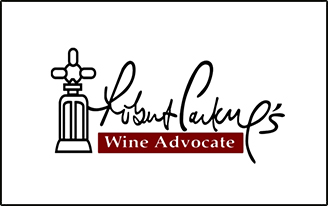 2019 Luis Gutiérrez, Wine Advocate taster for Spain, awarded Enoteca Gramona 2004 with 96 points, ranking it as the best sparkling wine (tied) in the latest edition of the U.S. guide. “A wine that maintains commendable freshness and reveals complexity from its long lees ageing (…) the palate is quite sharp.”

2018 Gramona has ten references with more than 90 points.

2012 Let us consider what is unquestionably the most impressive portfolio of sparkling wines from Penedes that money can buy’. Neal Martin 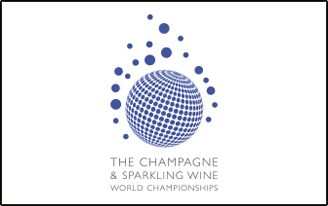 2020 Imperial 2015 obtains the award for Best Sparkling Wine in Spain and Best Corpinnat.

2019  Celler Batlle 2019 recognized as the best Sparkling in the Country and the best Corpinnat, and they describe it as “(…) by far, a fine and elegant wine considered one of the best sparkling wines of the world”. 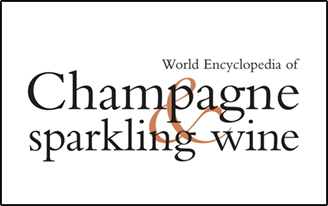 The most complete encyclopedia of sparkling wines in the world, edited by Tom Stevenson and Essi Avellan MW.

2013 Gramona equals or improves the scores of some of the most prestigious champagnes. “Celler Batlle is a great sparkling wine and belongs in its own right to the best sparkling wines in the world.” Essi Avellan MW 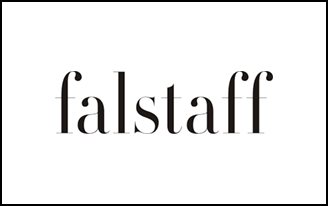 The most influential wine publication in central Europe. The Wall Street Journal placed Gramona III Lustros among the world’s best sparkling wines, declaring a paradigm shift for the world of the spanish sparklings.

‘It might have taken 130 years, but on this evidence the tasting of Gramona III Lustros- , it seems that some spanish producers of sparkling wines have finally earned a place on the top table of Sparkling wine.’ Gramona, the before and after of the sparkling wines from Penedès. 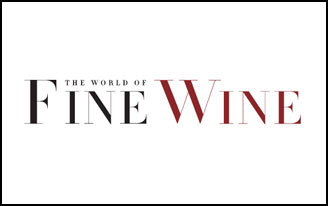 The world of Fine Wine

This publication is targeted at an international audience of demanding wine lovers.

Catalan nobility article. (…) “This article is for lovers and regular drinkers of Champagne, to tear off their blinkers and and discover what they have been missing: a Mediterranean sparkling – wine of equivalent nobility”

“(…) Gramona, the most successful winery in our tasting 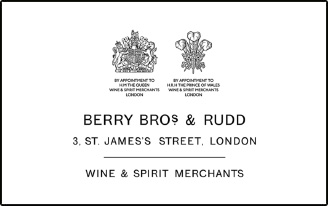 One of the oldest and most prestigious wine merchants in the UK (1698), the company has been the official supplier to the Royal Family since the time of George III.

‘Surprising. We have found a spanish sparkling wine that competes with the finest Champagnes.’ 2013 “Gramona is the best cava and belongs in its own right to the best sparkling wines in the world”. Tom Stevenson. 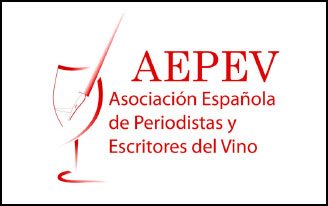 The members of the AEPEV choose yearly the Best Spanish Wines and Spirits among more than 640 brands. 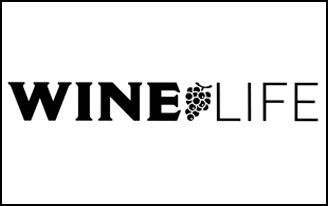 One of the most influential wine magazines in the Netherlands. Gramona Imperial 2010 Best Sparkling Wine after a blind tasting of 200 references of champagne and sparkling wines of the world.

‘Gramona Imperial has been positioned as the best sparkling wine you can buy in the Neatherlands, even ahead of renowned champagnes.’ Niek Beute, European Champagne Ambassador in the Netherlands. 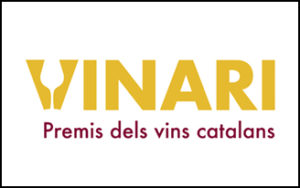 2021 Award for the Best Environmental Wine Tourism Activity of the Year. 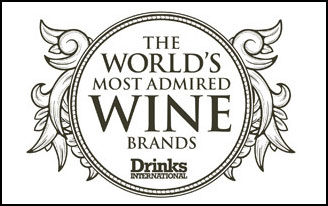 Gramona was placed 26th in Drinks International magazine’s “Top 50 Most Admired Wine Brands 2016” ranking. It is the first time a traditional method sparkling wine has been included in this list. It is also a first for a sparkling wine from Penedès. 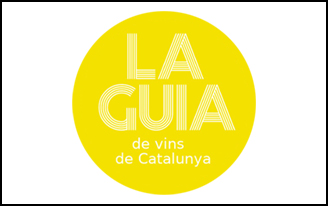 2019 Gramona’s sparkling wines are among the best of the Guide for another year, after Enoteca 2002 was considered Best Sparkling Wine by the Vins de Catalunya Guide.

2018. With this distinction, Enoteca consolidates its recognition in this guide. And it was already chosen Best Sparkling Wine of the year in 2015 and Best Wine of the Guide in 2013, among all categories. 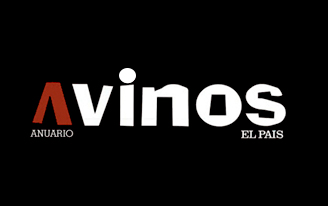 Eight years in the honor podium with the highest scores for Celler Batlle, Enoteca Gramona, and III Lustros.

2020 Gramona Enoteca 2004 on the “roll of honour” of Spain’s best wines and the highest rated sparkling wine in the El País Anuario de Vinos (Wine Yearbook).

“Craftsmanship, the impeccable management of long ageing processes and, above all, the ability to listen to and interpret the environment.” *Gramona Imperial, with 95 points, is considered the best sparkling wine in terms of satisfaction-for-money, in a section of El Anuario that directs readers to wines of extraordinary quality that won’t break the bank.

2019 “The value of going against the grain when nobody believed in long ageing for sparklings, the certainty of the chosen path and the reality of a goal of quality fulfilled puts this winery in the front row of the excellence of Sparkling of the World”.

2018 “Sparklings endowed with a very pronounced personality, a level in which there is not too much competition”. 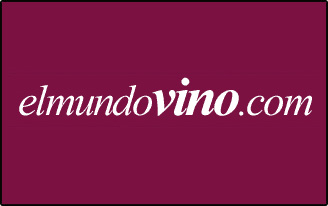 Gramona III Lustros on the “roll of honour”

«Gramona has made the path of its own style with true greatness in the different Catalan terroirs, mainly in Penedès»

This prestigious tasting group considers Enoteca Gramona 2002 as the best sparkling wine og the country. It was the first time this vintage had been tasted by a committee. The results confirm the continuity in the quality of Enoteca’s vintages

Enoteca Brut Nature among the best 3 wines in Spain. These awards recognize the finest and most outstanding wines. Its prestigious tasting group stated: ‘The Gramona family has built up years of research and development in the field of long-aged sparkling wines. (….) a wine that clearly and definitively demonstrates the highest quality in terms of sparkling wines.’

Gramona Celler Batlle 2002 took the podium showing greater levels of harmony and elegance. The tasters  have considered it an exceptional vintage. 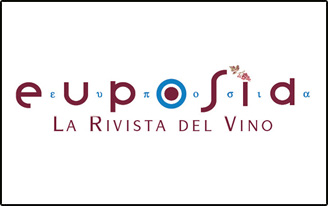 The journal of Italian wine

2014 ‘This icon of Spanish winemaking (…), paved the way, later followed by many other occupants of Penedés (…).  With its elegance and character it can compete with the best champagne’.  Gramona III Lustros named as the best sparkling wine made from a native grape variety.

Beppe Giuliano, journalist and owner of the magazine. 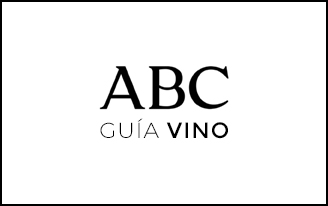 Since 2008 Gramona leads on the top of the spanish sparkling wines selection with Gramona III Lustros.

‘Pleasant nose. Total integration… Different from almost everything else. A splendid wine…’ 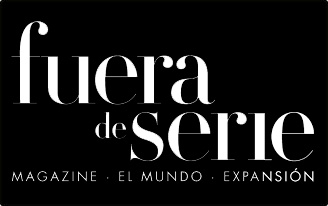 Sparkling from Penedès in the Olympus. Gramona caused a sensation when tasted alongside the most prestigious Champagnes.’

The 25 Spanish wines to try before you die.’ 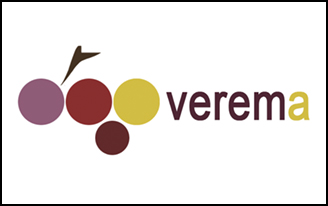 The most visited Spanish-speaking winery website of the world that counts with the votes of hundreds of Internet users. The Spanish national sommelier competition, a blind tasting with more than 200 participants, has recognised the quality of Gramona wines.

2015 The most recognised wine magazine in the Netherlands named Gramona Celler Batlle as the best sparkling wine in a blind tasting at the “Competition of Spanish Wines”. 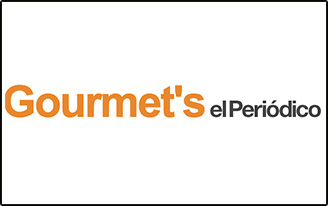 Los Impitoyables, a prestigious tasting group in Catalonia, rates the best sparkling wines from Penedès in a blind tasting. Celler Batlle and Imperial are leading the list. For the third year Gramona has been invited to this festival of the world’s 100 best wineries.

Amongst the other sparkling wine producers involved are: Krug, Louis Roederer and Bollinger 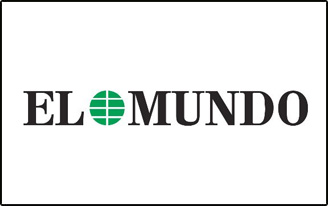 ‘Cava in the Olympus -the greatest of cavas – Gramona caused a sensation when tasted alongside the most prestigious Champagnes.’ 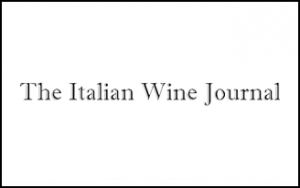