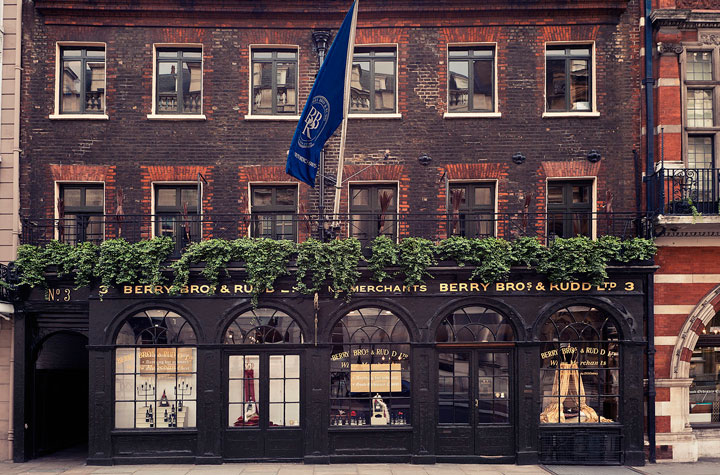 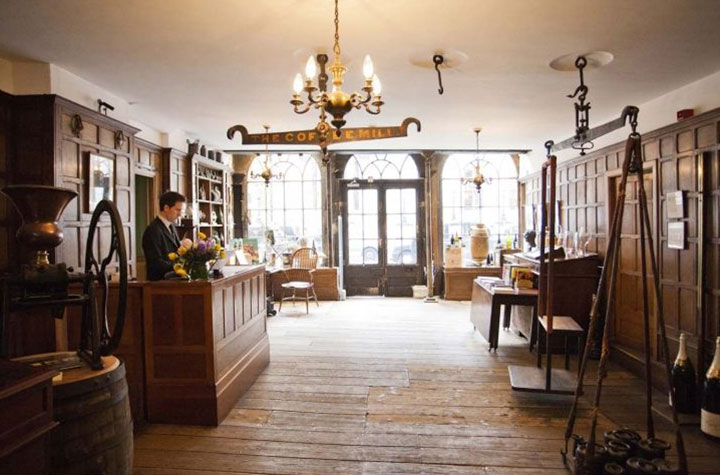 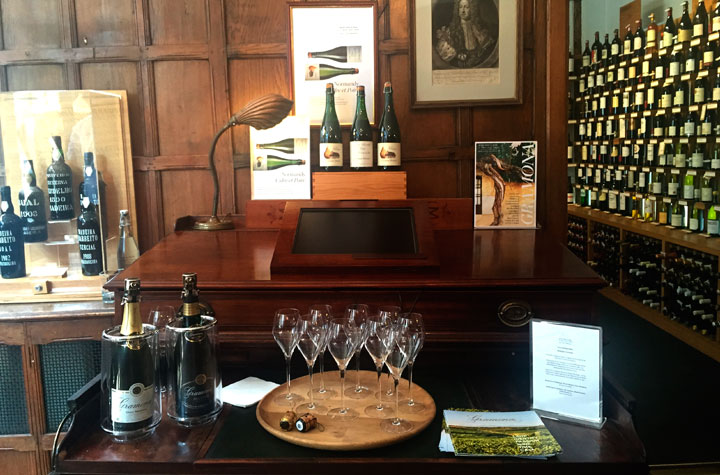 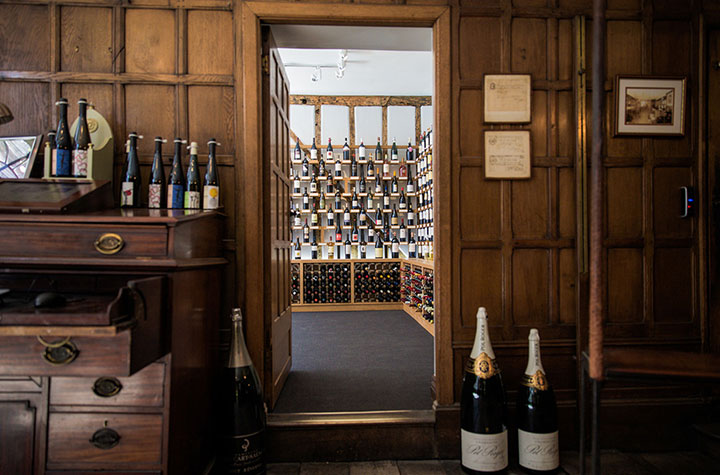 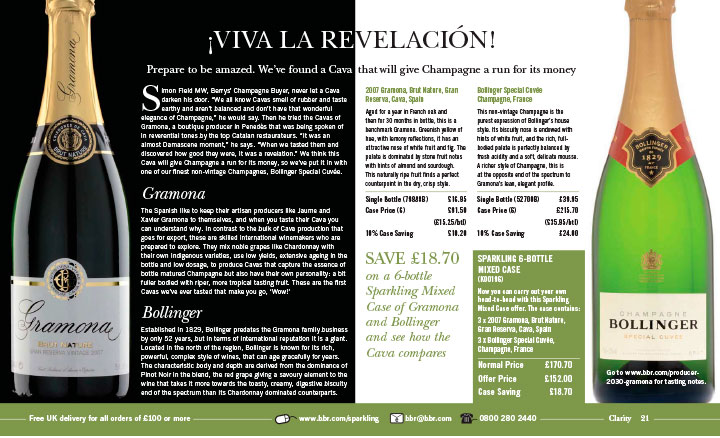 There are some places you must definitely visit as wine enthusiast. One is located at ten minutes walking distance from Buckingham Palace in London.

It is a warm Friday in early July. After a quick salad lunch at Green Park, seated on my loyal suitcase, I head towards St. James´s Street. From across the street I already see the elegant black wooden facade and nicely decorated windows. This season they are filled with giant corks.

Every time I walk through the door of Britain´s oldest wine merchant, I feel like having travelled in a time machine back to the 17th century. A huge weighing scale expresses the grocer´s history of this current wine shop. Curiously this scale was not only used for groceries. In the 18th it became fashionable for people to be weighed at the shop. Numerous famous and royal figures and their weights can be traced back in the many red leather-bound books all at display on a bookshelf in the shop.

I start preparing my work space for this afternoon. An antique secretary desk at the entrance to the left.  Chilled cava´s, perfect sparkling wine glasses and a spittoon that will not be used; I am ready to do my thing. If there is any place to change the perception of Cava and get wine consumers to become acquainted with premium Cava, it should be this one.

A charming elderly British lady walks in. She explains me that she had come to discuss her cellar plan for future drinking, started by her late husband. Meanwhile a Japanese fashionista couple roams around in search of a high quality spirit. Only minutes later a guide shows his group of tourists around during a London gastronomic tour. Then two Swedish young men are curious to know whether they can find our cava´s in their state controlled market.  I am proud to say that since last year they are available at the Swedish monopoly stores.

Not only the customers come from all over the world, the team is very international as well. My colleagues for today are of British, French, American and Spanish descent.  It feels special to be part of the shop´s team, consisting of eight Masters of Wine, even if just for one day.

Of the 5000 wines offered, probably only 500 are on display. This requires a team of wine consultants, instead of sales people, to guide their customers through the assortment toward the wines that suit their palates.

This is not just any wine shop. Berry Bros. & Rudd is a wine institution! A visit to this unique and almost magical place should definitely be on any wine lover´s bucket list. Although I had already crossed it off my list a few years, I will definitely be back many more times to come. But now I step into my time machine back to the 21st century.

(by Jenny van Lieshout, Weinakademiker and today representative of Gramona at the United Kingdom).

Considered a temple of wine, with eight Master of Wine working in its team, Berry Bros. & Rudd – BBR – is one of the oldest and most prestigious wine merchants in the UK (active since 1698). The company serves the Royal Family since the time of King George III, and currently has a portfolio of more than 5000 references. They had never represented a cava brand until 2011, when they tasted Gramona, and decided to include this wine region on their list, informing it to a select club of costumers: “Prepare to be amazed. We’ve found a Cava that will give Champagne a run for its money”.